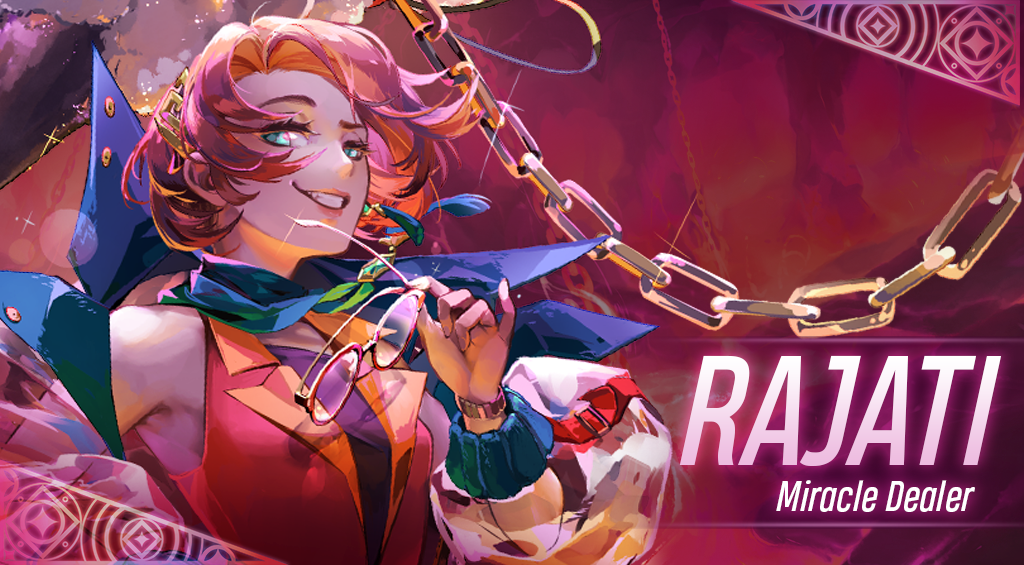 A previously dormant Atma has just reappeared, and it is a special kind of Atma – one that imbues their healing capabilities with fire. Delving into the history of this being, we have found out that it is Rajati, the life-long rival of Agni, a fellow fire healer.

She was under our radar for so long because she was busy researching and developing a special kind of medicine that can revive a fallen Atma. Perhaps, it’s the same Elixir that you can find in the Labyrinth? But we digress. It turns out that she was developing it against her will under the orders of Agni, but she nevertheless succeeded in developing said medicine – a miraculous feat to say the least.

Regardless of her accomplishment, there’s no denying that Rajati can be a valuable asset to your army. She isn’t your run-of-the-mill healer-type Atma either. Possessing the “Heroic Feat” passive skill, she can withstand a mortal blow that will ensure that you still have a healer in a very tough battle. Her other passive skill, “Fire Blessing,” also grants a powerful CRT and CRD buff to other Atma in the same row as her wherever Rajati gets a buff.

The ultimate game-changer in her healing ability is the “Elixir Forgery” active skill, which grants 350% heal to an Atma with the lowest HP percentage in your formation. With an extra of 100% healing rate if that Atma was buffed by Rajatri’s “Fire Blessing.” Thus, you shouldn’t worry about losing your high DPS Atma that has low HP, because Rajatri will make sure that they will survive until the end of each enemy encounter.

For a limited time in the Rajati’s Summon Festival event, you have a higher chance in summoning Rajatri. You can also earn 5-star Rajati shards that you can collect until you have enough to summon this remarkable Atma. Make sure not to miss this chance, Seeker!

Code Atma is a modern RPG, set in a supernatural techno-thriller world where humanity, technology, and ancient beliefs intersect in a secret war. Journey into this familiar but strange world and lose yourself in the immersive story, characters, and Atma you will encounter.