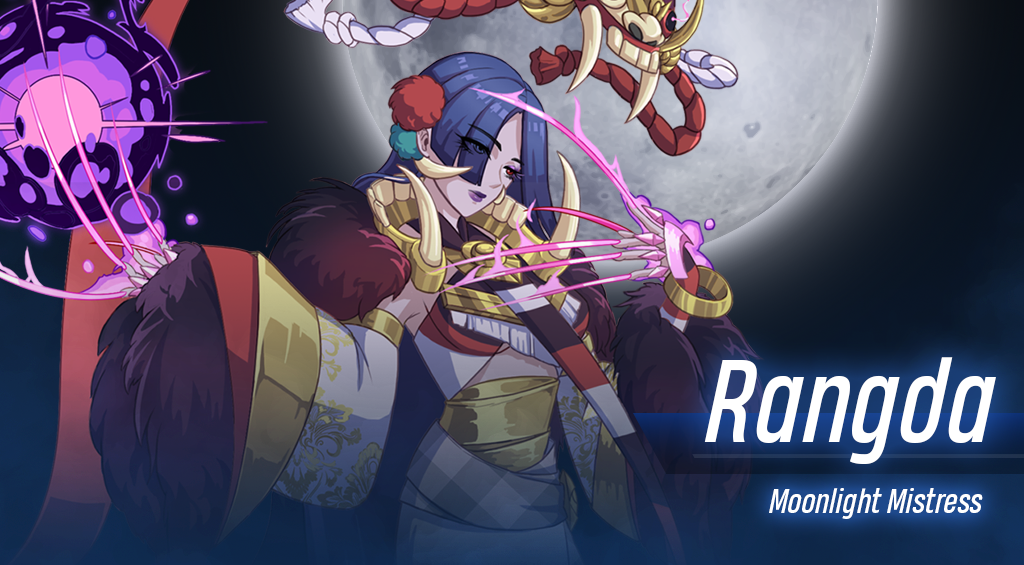 Asterisk has detected the presence of a powerful Atma – one we have never seen before. How it evades our attention, we truly don’t know. But after an extensive investigation, we have concluded that this Atma is Rangda; a mythological being from Balinese folklore.

A vengeful, yet sometimes compassionate Atma, Rangda holds a great deal of contempt for men. A patron of the dark arts, she was left in anguish after a man that she loved broke her heart. Afterward, she vowed to rid the world of lies and falsehood – by enveloping it with the cold, eternal embrace of the night.

Rangda possesses great powers with a previously unseen ability to attack ferociously multiple times in a row when faced with an Atma that has been weakened with debuffs. This ability – called Dark Mirage – makes Rangda a nigh-unstoppable opponent when coupled with her other skills, namely the one she called Asita Parvata, which is able to lower all of her foes’ stats while clearing her from all debuffs.

Deploying Rangda in battle is a high-risk, high-return gambit. A debuff will be applied to her each time she attacks, and her abysmal stat makes her unsuitable for frontline positions. On the other hand, she more than makes up for her shortcomings with her aforementioned skills and high dps.

This might be a good chance to add her to your army of Atma, Seeker. She could prove to be the key in winning the War Beyond the Veil, so go ahead and harness her skill as your own!

Code Atma as a mobile-forward RPG set in a supernatural techno-thriller world where humanity, technology, and ancient beliefs intersect in a secret war. Featuring an immersive story and an expansive cast of characters and creatures, Code Atma will invite players into a new world that lies just beyond the lens of their mobile devices.